Welcome to the Law Office of Justin M. Murphy

Justin M. Murphy is a trial lawyer based in Boston, Massachusetts, and counsels individuals on employment law, discrimination law, and landlord-tenant law.

Posted in Home | Comments Off on Welcome to the Law Office of Justin M. Murphy

Attorney Murphy is pleased to start off 2023 by securing a favorable decision for his client who was fired from a Boston-area hospital for refusing its mandatory Covid-19 vaccine requirement for religious reasons.

The Department of Unemployment Assistance (“DUA”) initially denied the claim finding that the employee’s refusal was a wilful violation of company policy under the MA unemployment statute. The employee appealed this decision and Attorney Murphy represented her at the unemployment hearing.

The hospital incorrectly believed it was immune from all unemployment claims concerning an employee’s refusal to get a Covid-19 vaccine, but in MA the unemployment statute provides benefits to individuals who have lost their job through no fault of their own in special circumstances, like in this case.

Posted on December 19, 2022 by Admin
Recently, the Supreme Judicial Court Standing Committee on Pro Bono Legal Services in Massachusetts presented Attorney Murphy with a certificate of recognition “for distinguished service in providing volunteer legal services for those most in need during calendar year 2021.” Attorney Murphy is proud to be among such an outstanding group of lawyers committed to access to justice and giving back to the community.

Attorney Murphy is pleased to be selected by Expertise.com as one of the 2022 “Best Employment Lawyers in Boston. 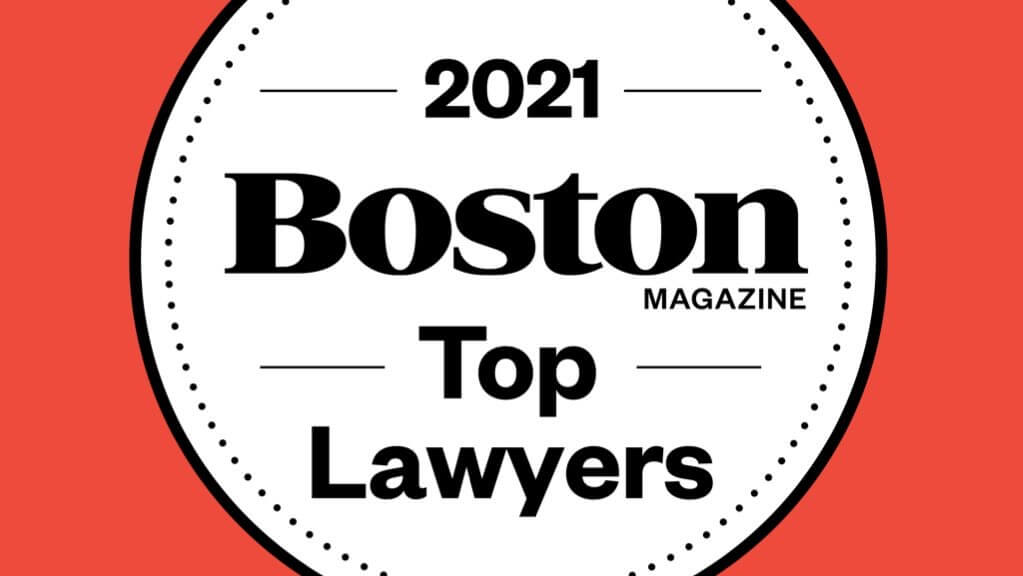 Attorney Murphy is pleased to be included in Boston Magazine‘s first-ever “Top Lawyers” list, which recognizes the top law professionals in the Greater Boston area.

You Missed Your Unemployment Hearing

In Massachusetts, when a claimant (person) fails to attend their unemployment hearing there can be harsh consequences.  A claimant would be well-advised to consult with Attorney Murphy or any other unemployment lawyer BEFORE submitting the reasons for why he/she failed to attend the hearing.

For example, one claimant did not realize the Department of Unemployment Assistance (“DUA”) sent a hearing notice via email despite the fact the claimant selected email notification.  Thus, the individual never received notice of the hearing and therefore, failed to attend.

When the DUA requested the claimant’s reasons for not attending the hearing, the claimant did not provide a proper basis for the DUA to reopen the case.  Now, the claimant has very limited options and may need to pay back over $13,000.00 despite the fact the individual may have prevailed at the hearing.

If you have any questions, Attorney Murphy can advise you on the “proper basis” in this situation.  Also, claimants should be advised there are strict deadlines to request a new hearing or appeal an adverse determination.

Attorney Murphy has stepped up his pro bono efforts to help combat the impact of Covid-19 on people’s lives. If you are unemployed and experiencing issues with your employer or landlord, please contact Attorney Murphy immediately-he is here to help.

To this end, Attorney Murphy is pleased to report three (3) recent unemployment pro bono successes on behalf of his client(s):

1) In the first matter, Attorney Murphy represented a chaplain who worked for a local area hospital. The employer terminated the chaplain for attendance issues and the Department of Unemployment Assistance (“DUA”) determined the chaplain failed to adhere to the employer’s attendance policy, thereby denying the chaplain’s claim for benefits.

At the unemployment hearing, Attorney Murphy pointed out several inconsistencies with the employer’s version of events and argued that the chaplain’s actions were unintentional. The DUA agreed and reversed. Thereafter, the chaplain received a sizeable, back-dated check for benefits.

3) In the third matter, stakes were high for Attorney Murphy’s client. The DUA determined the client was in “fault” or committed fraud in claiming for unemployment benefits. At the unemployment hearing, Attorney Murphy argued that the facts and circumstances did not meet the legal definition of “fault”. The hearing officer agreed, and the client was not charged interest or penalties. Significantly, the client does not have a “fault” finding attached to her name.

“Probable Cause” at the Massachusetts Commission Against Discrimination (MCAD)

If you received a probable cause finding at the the Massachusetts Commission Against Discrimination (MCAD), it is important to understand what this means.

First and foremost, the regulations on the rules of procedure at MCAD are contained in 804 CMR 1.00. The relevant provision for probable cause is 804 CMR 1:08 (f), which states, as follows:

Second, it is extremely important to understand that a PC finding does not mean that you won your case. Essentially, a PC finding at MCAD means that there is sufficient evidence concerning your case to proceed to trial. The next step is to begin preparing for trial which is one of the most difficult parts of your case.

Third, a PC finding does not necessarily mean that you have a stronger case than your employer. Rather, the employer will now begin preparing to defend itself at trial. Preparing for trial means putting together a case that gives you the best chance at success. Understanding how your evidence should be presented at trial is critical.

A PC finding finally gives you the credibility that what happened to you in the workplace may have violated the law, and therefore, harmed you.

After nearly 6.5 years of litigation at the Massachusetts Commission Against Discrimination (“MCAD”), Attorney Murphy’s client prevailed against his former employer, Rte. 2 Hyundai in Leominster, MA.  During the 2 day trial, Attorney Murphy successfully proved that the employer’s basis for termination was actually pretext to hide its racial animus against the client, an African American car salesman.  The Commission Hearing Officer found Rte. 2 contradicted itself with respect to its reasons for terminating Attorney Murphy’s client.  The Hearing Officer then concluded Rte. 2’s contradictions amounted to a cover-up for illegal racial discrimination.  See Daye v. Rte. 2 Hyundai, Docket no. 13-WEM-00440, Massachusetts Commission Against Discrimination (2019).

Significantly, during the 6.5 years of litigation Attorney Murphy made several attempts to settle the case on behalf of his client, but the employer opted instead for a “rigorous defense”.  Now, the employer is ordered to pay Attorney Murphy’s client lost wages, $50,000.00 for emotional distress, and all attorney’s fees and costs.

Attorney Murphy is pleased to have secured a $66,600.70 judgment in favor of his clients, two tenants in Medford, MA.  Attorney Murphy filed a complaint in Boston Housing Court (Eastern Housing Court) alleging breach of the implied warranty of habitability, breach of the covenant of quiet enjoyment, retaliation, violation of the Massachusetts Security Deposit law and intentional infliction of emotional distress.  Attorney Murphy’s clients prevailed on all counts and were also awarded costs and attorney’s fees as mandated under the applicable laws.

Significantly, Attorney Murphy offered to resolve the matter on behalf of his clients for a  reasonable amount, but the landlord (represented by counsel) clearly failed to appreciate the circumstances of the matter by rejecting the offer.

Recently, Attorney Murphy settled a security deposit matter on behalf of his two clients, student roommates who rented an apartment in the Fenway neighborhood of Boston.  When the tenants vacated, the landlord withheld the tenants’ security deposit based on: damage to the walls, a broken door hinge, and for constable fees the landlord incurred in delivering a notice to quit to the tenants for a late rent payment.

Once the tenants realized the landlord was not returning the security deposit, the tenants contacted Attorney Murphy.

Attorney Murphy examined the landlord’s basis for withholding the security deposit and concluded it was unlawful.  Significantly, Attorney Murphy identified the landlord violated Massachusetts law by charging the tenants for constable fees.  It is illegal in Massachusetts for a landlord to do so prior to a formal legal action.  See Commonwealth vs. Chatham Development Co. Inc., 49 Mass. App. Ct. 525 (2000)(it is illegal to charge tenants constable fees in Massachusetts prior to commencement of a formal legal complaint).

Attorney Murphy then examined the other basis for the landlord’s withholding the security deposit, and determined that the alleged damages were nothing more than normal wear and tear.

Accordingly, Attorney Murphy sent a demand letter to the landlord outlining his clients’ claims.  The landlord responded by returning the full security deposit as well as paying for the tenants’ attorney’s fees.